It finally happened. You went all-in on your BIG idea and it finally worked. After hours of research, failure, and hard work, you transformed your idea into reality. As you create the foundation for your start-up, the most crucial aspect for success is protecting your IP.

What is Intellectual Property? 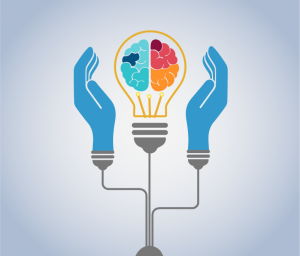 Intellectual property (IP) refers to the intangible ideas we invent or create, such as inventions, literary works, designs, images, etc. The law protects IP, allowing people to gain both financial benefit and social recognition for their inventions and works. There are four primary types of intellectual property that can be legally protected: patents, trademarks, copyrights, and trade secrets. Patents are the most common types of IP protection, used mostly by inventors and start-up companies to protect inventive ideas or processes. After innovation teams develop an idea or a solution to address a problem, they go through extensive private testing to determine market demand. It is not advised to do public testing without a patent, because someone else can steal the idea. Once the innovation is deemed profitable, the first step is to ultimately protect it.

A prime example of this is the company Dropbox, which was a start-up founded by Drew Houston and Arash Ferdowsi. The duo, in an effort to make it easier to access important files anywhere, created this cloud-based platform to store and share documents. Throughout development, the company privately tested the product within the company, checking for accessibility and efficiency. They then filed for a series of patents between 2018-2020, most of which were granted in a time span of 2 years1. This timeline is fairly common, since patent approval takes about 22 months, according to the USPTO. During this period, companies are granted a “patent pending notice”, which warns competitors that they may get in trouble for infringement if the patent gets approved2. This allows start-ups, like Dropbox, to continue developing their company while waiting for their parent.

Why Should I Protect My IP?

IP protection is essential for the success of any business or start-up and should be a constant priority for the company and its investors due to the reward system and risk management system.

Reward: When a company has a new invention or an idea that they are ready to sell to consumers, they want to reap the benefits of the time and capital that they invested into the product. By protecting the invention under IP laws, a company ensures no one else in the market will infringe on its rights and economic activity. As a result, the start-up can sell its product, generate profit, and ultimately capitalize on the invention, both financially and socially.

Risk Management: Using IP laws, a company can ensure that no one else in the market will infringe on its rights and economic activity, allowing the company to capitalize on its invention. Having a patent means that no one can try to copy what your product is made of, how it’s designed, or its function. If another company violates this rule, IP protection allows you to sue, seek financial reward, and block their product from ever reaching the consumers. By having a patent, even if someone else in the market comes up with a similar design or concept, your start-up will not be at risk of losing consumers or capital. As a result, the protections of a patent will mitigate risks by making sure competitors do not have the ability to utilize the same ideas or technology. 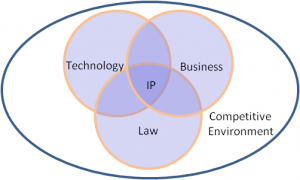 The financial rewards and the benefits of alleviating risks incentivize start-ups to obtain IP protection. Once you identify what IP assets you own and know how best to protect them, you can remain competitive in your respective markets and succeed. Ignoring or overlooking IP assets as a start-up is an extremely poor choice and can set you up for failure from the very beginning.

A prime example of the failure that results from neglecting IP is the case of Michael Phillips. His company, Vlingo, was the pioneer for voice recognition systems that would later evolve into Siri. However, he didn’t file his patent in time, and another company called Nuance shoved him out of the market by threatening to sue for patent infringement.4 Ultimately, Phillips sold his company to Nuance to avoid such lawsuits, even though the software was originally his invention.

Therefore, the crucial role of IP in a business’s success creates a heavy emphasis on the importance of applying and getting proper IP protection.

When Should My Company Get a Patent

In a competitive market, it is crucial to protect IP as fast as possible to prevent others from infringing on an invention or claiming rights first. A situation like this can be especially detrimental for investors because they won’t get returns on their investment. If you develop something, you must protect it in a timely fashion before someone else beats you to it. If you don’t, your startup ultimately loses most of its business value since you can no longer profit off of your invention. So, in order to generate money and boost value, you must protect your IP as soon as possible.

How Do I Obtain IP Rights? 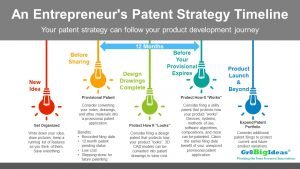 The process of filing for IP protection is rather difficult and tedious, so it is always advised to consult a patent attorney to aid companies with the process. Costs vary not only based on the country, but also on the complexity of the invention. In fact, it can be upwards of $40,000+ if an invention is complex.5

When filing a patent claim, a start-up must prove that the invention is a novel idea and is useful. It must also disclose all information, such as designs, diagrams, or plans relating to the invention in order to present a strong case for patent protection.6

When it comes to IP, many companies, especially start-ups, tend to make some common mistakes or have misconceptions about the process that may hinder its overall success at obtaining a patent. Some of the biggest mistakes include founding a company without creating an agreement on IP assignment. So, if one of the founders ever leaves the company, the entire protection of an invention or idea is at risk, threatening the overall structure of a company.

Another grave mistake is waiting until public disclosure to file for patent protection. After disclosing your idea to the public, it is very possible that someone can file for a patent before you, resulting in the loss of your rights to your own invention.

Lastly, failing to research your market competitors before filing your patent often leads to your claim getting rejected. When presenting your IP claim, you must prove novelty. If your product or idea shows any likeness or similarities to another competitor, it may be rejected. As a result, always make sure to do your due diligence when filing your patent.7

For 1435 Capital, we believe that an important element in the discussion of intellectual property valuations and protection in the modern economy involves the strategic management and mitigation of IP risks. We help companies actively leverage the value of the intellectual property and launch joint ventures utilizing IP to help them gain value from its patents. By properly allocating available risk resources in order to fully protect your IP, 1435 can help support the financial aspects of your company’s strategic plans. This includes funding for patents, copyright, etc. We also employ an advisory role for many start-ups, since entering such a competitive market can be daunting.

One of 1435’s most successful case studies for IP protection and capitalization is the start-up company Natrion. Natrion is a limited liability company that innovated a new solid-electrolyte, sodium battery LISIC technology. As a new company with a young CEO, Natrion needed guidance and support for launching their business. With the help of 1435 Capital and our advisors, we helped them secure seed investments for their new technology while introducing them to the importance of IP protection for building their business. Ultimately, in March 2021, Natrion was issued its first patent by the USPTO. This allowed the 1435 Capital team to move forward and help accelerate its growth through marketing efforts and obtaining investments/capital.

We strive to be flexible in our approach with start-ups, so we can be as hands-on as you would like us to be. While we help with the financial aspect of start-ups, we also take on an advisory role for those who need it. By referring you to great patent attorneys, we are able to ensure that your start-up is set up for success by solidifying your ability to compete in the market. Paired with our own experiences with filing for IP protection, our firm is fully equipped to support companies in the path to protecting and profiting off of their intellectual property.

2 “When Can You Say Patent Pending? Everything You Need to Know.” UpCounsel, www.upcounsel.com/when-can-you-say-patent-pending.

3 Feld, Brad, and Jason Mendelson. Venture Deals: Be Smarter than Your Lawyer and Venture Capitalist. Wiley, 2016.

5 “How Much Does a Patent Cost: Everything You Need to Know.” UpCounsel, www.upcounsel.com/how-much-does-a-patent-cost

7 Prathiksharavi. “How to Conduct an Intellectual Property Due Diligence Check.” IPleaders, 8 June 2018, blog.ipleaders.in/intellectual-property-due-diligence/.

We use cookies on our website to give you the most relevant experience by remembering your preferences and repeat visits. By clicking “Accept”, you consent to the use of ALL the cookies.
Do not sell my personal information.
Cookie settingsACCEPT
Manage consent

This website uses cookies to improve your experience while you navigate through the website. Out of these, the cookies that are categorized as necessary are stored on your browser as they are essential for the working of basic functionalities of the website. We also use third-party cookies that help us analyze and understand how you use this website. These cookies will be stored in your browser only with your consent. You also have the option to opt-out of these cookies. But opting out of some of these cookies may affect your browsing experience.
Necessary Always Enabled
Necessary cookies are absolutely essential for the website to function properly. This category only includes cookies that ensures basic functionalities and security features of the website. These cookies do not store any personal information.
Non-necessary
Any cookies that may not be particularly necessary for the website to function and is used specifically to collect user personal data via analytics, ads, other embedded contents are termed as non-necessary cookies. It is mandatory to procure user consent prior to running these cookies on your website.
SAVE & ACCEPT